Five at The New Textiles Lanny Bergner, John McQueen, Carol Eckert, Polly Sutton and Elizabeth Whyte Schulze are among the #NBObasketartist participants in an exhibit, The New Textiles, October 10 – November 15, 2014 at Mobilia Gallery. Mobilia has featured 20th and 21st century decorative arts in their Cambridge, Massachusetts gallery since 1978. Invited artists were directed to create sculptural forms and extraordinary objects using contemporary technologies, as well as traditional techniques and materials. A reception is scheduled for SATURDAY, OCTOBER 25, from 3:00 – 5:00 p.m. RSVP. CONSIDERING THE KYLIX: Contemporary Interpretations of a Classical Form

This multi–disciplinary, invitational exhibition was held at Mahady Gallery, Shields Center for Visual Arts on the campus of Marywood University from September 06, 2014 – October 05, 2014. The exhibition included over 50 contemporary interpretations by 45 artists working in metal, wood, glass, clay, beading, felt, fibers, jewelry and mixed media. Numerous members of National Basketry Organization were among the artist participants. The exhibition was originally organized by Peters Valley School of Craft and had been first shown in the Sally D. Francisco Gallery April 12 – May 18, 2014. It is an invitational exhibition curated by Maleyne Syracuse featuring 45 contemporary craft artists’ reinterpretation of this iconic object in their own style and materials. The kylix, the original ceremonial wine cup, first appeared as early as 900 BCE in ancient Greece.
Considering the Kylix: Contemporary Interpretations of a Classical Form
VIEW CATALOG
VIEW EXHIBITION
Jan Hopkins Blog post about the exhibit Karen Gubitz and Brian Jewett are included on page 142 of the first ever digital bonus issue of American Craft, Material Crush! See the full issue at
http://craftcouncil.org/content/american-craft-material-crush-2014 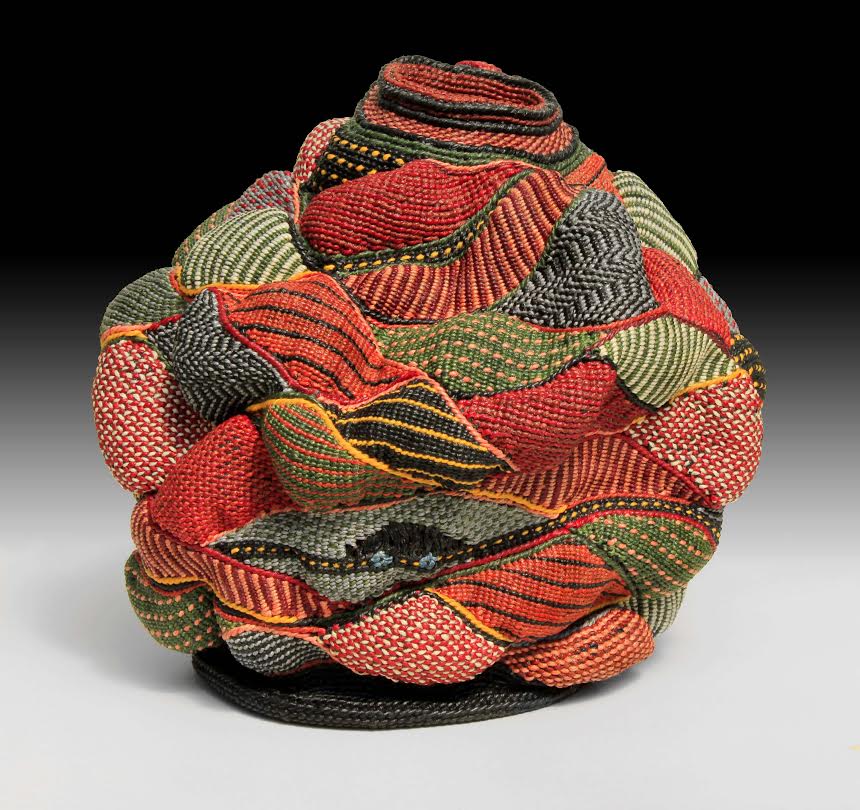 Small Expressions 2014 included a number of NBO member participants and Lois Russell has been announced the recipient of the Contemporary Handweavers of Houston Award.

Visit the personal web site of Lois Russell to see more of her work.